They tell us about the city they live in, the job they have and how they got the job. While we don’t usually suggest using a recruiter to find a TEFL job, South Korea is one country where it does help, so they tell us those they recommend. 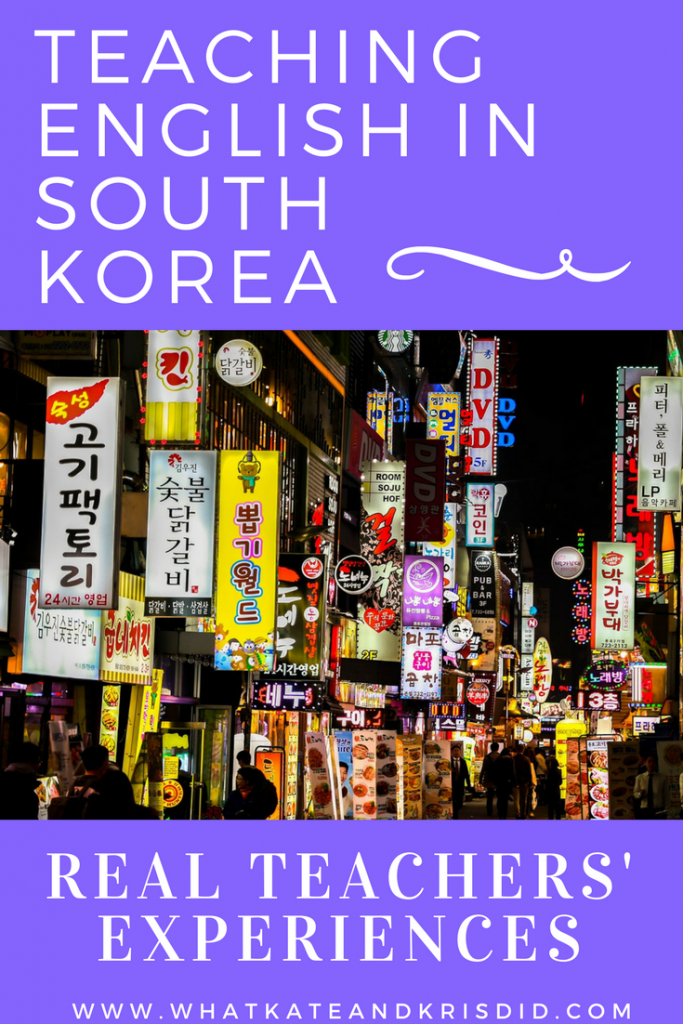 Kelly taught in a kindergarten in Seoul 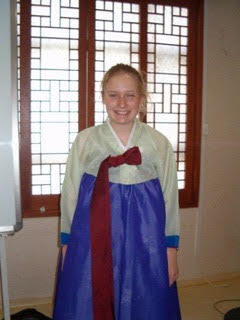 I taught English to 3-6 year olds in a kindergarten in the Gwanagu area of Seoul. I lived really close to my school, which was awesome. I could literally walk to work everyday. There was also a movie theatre and some nice restaurants in the area. This area is also a centralized area in Seoul, so I could pretty much get anywhere I wanted to go.

Teaching English in Seoul was a great way to truly experience a culture and explore a country totally. I got to experience the values of the people as well as important holidays that represent the history and beliefs behind the society as a whole. The bad part was that I was placed in a school where they did not pay me on time and actually tried to get away with not paying me. 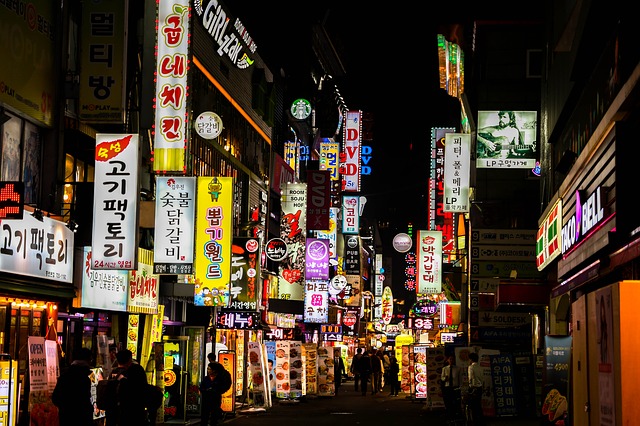 The bright lights of Seoul

I used a recruiting agency called Boston English Teachers. They placed me with the school and setup the interview. I think recruiters can be great, but you really need to do your research and make sure that you are placed with a quality school, because the quality of your job can really impact your entire experience living abroad.

You can read more about Kelly’s adventures on her blog Girl with the Passport where she writes a lot about solo female travel. She’s a very funny writer with a cool style so I’d recommend you check it out. You can also find her on Facebook and Instagram

Rachelle taught English in middle schools in Busan through the EPIK program. 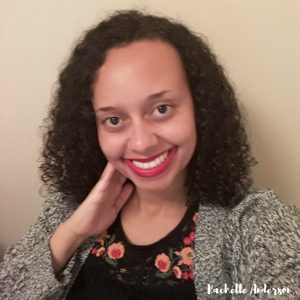 I taught English in Busan, South Korea for 2.5 years. I was teaching English through the EPIK program, (English Program in Korea), and was placed at an all boys middle school. During my last year in Korea, the BMOE (Busan Metropolitan Office of Education) also assigned me an all girls school. That year, I spent Monday-Wednesday at the girls school, and Thursday, and Friday at the boys school. 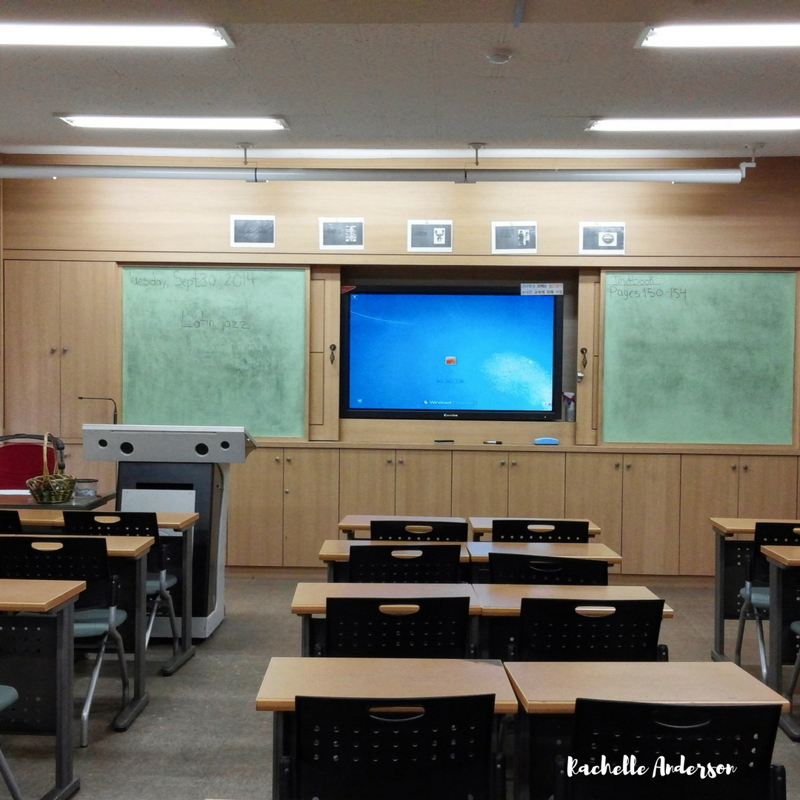 There were lots of positives to living in Busan. It was the warmest place during the winter, and is close to the ocean, (huge plus for this Florida native!) Public transportation was also amazing in Korea, buses and subways always ran on time, and came regularly. If I happened to miss a bus, or subway, there would be another one on the way within a few minutes. Busan is a bustling city, and there are always things to do! 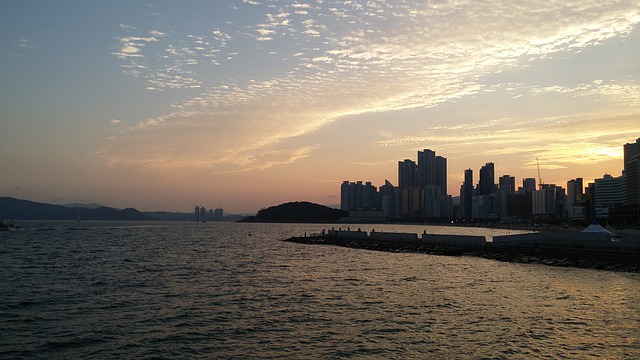 Teaching English in Busan means teaching by the beach

English teachers that go to Korea get an apartment that their school pays for, so I lived rent free! Most teachers live in a studio apartment, and sometimes there will be one, or more other English teachers in the same building, (I was the only English speaker in my neighborhood for most of the time I spent in Busan). Having at least another person in your apartment building can make things easier, especially early on when you’re trying to orient yourself with your new surroundings.

There were some things that I personally struggled with in Korea, air pollution is quite bad, and is worse in the early Spring, with yellow dust that sweeps down from China. I was sick quite often because of the air pollution, and the boys school was located in a heavily industrialized area. Air pollution is an issue that the government is looking at improving. Korean culture is always VERY different than American culture, and I had a tough time adjusting to the system of hierarchy that exists within their culture.

Busan is a conservative city, and some people still hold mixed feelings about foreigners coming in and working. Outside of the usual stare down, and sometimes people touching my hair, there were many instances where it was clear that my mere presence made some feel extremely uncomfortable. There were many times that people would not sit next to me on public transit, even though the only seat left was next to me, people would also sometimes whisper things about me in Korean, (if it was something rude, I just tried to ignore it, and pretended not to know what they were saying).

As I’ve mentioned before, I went with the EPIK program, which works directly with public schools all throughout Korea. I applied with a recruiting agency, (Footprints Recruiting), and they helped me to get my portfolio together. I definitely recommend using them if you’re interested in teaching English in Korea, below are a list of other agencies that can help you get to Korea, (most deal with both public, and private schools in Korea, some also work with other nations):

You can read more about Rachelle and her time in teaching English in South Korea on her blog Rachelle Anderson Speaks where she also offers a free packing list. 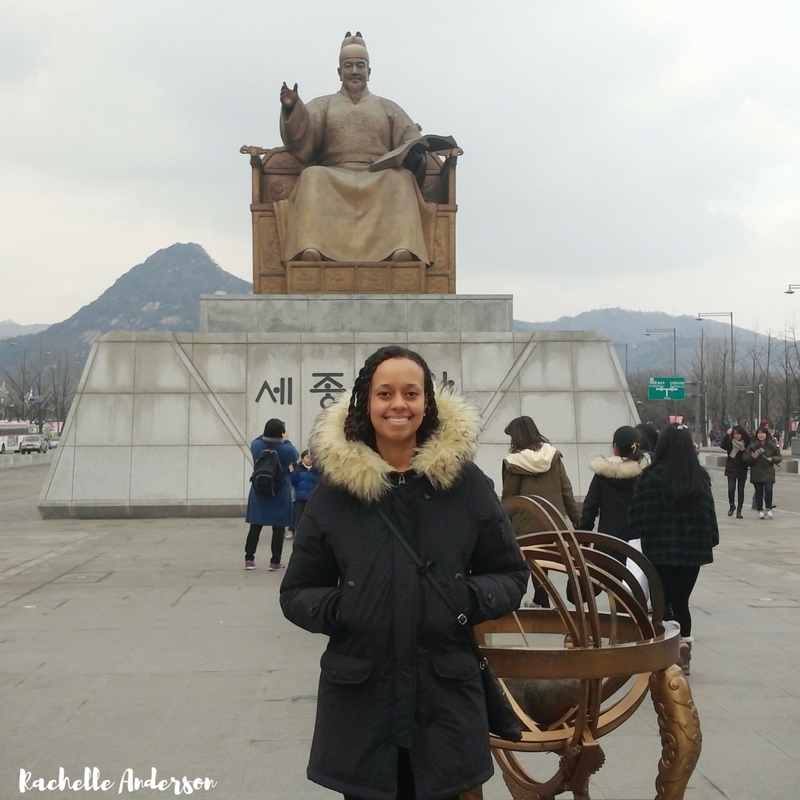 Linda taught English in a hagwon in Cheongju

Cheongju is a rather small city and not a lot of people have heard of it in Korea. It’s about 1.5 hours from Seoul by express bus and located in the middle of the country. That’s why it is relatively easy to get around Korea for traveling. I like living in a smaller city since Seoul is very crowded. However, Cheongju doesn’t have a subway system so taking buses can be a hassle.

I taught at a Hagwon (private language school) for 1 year in South Korea. The best part about the school was definitely my co-workers. I worked with a great bunch of foreign teachers from the UK, Ireland, USA and Canada. School management, on the other hand, wasn’t so great and we had long working hours and very little breaks in between classes.

I used a recruiter to get the job but don’t really recommend that particular one. I do recommend going through a recruiter in general, though. It takes away a lot of hassle in terms of paperwork, for instance, and they know the local market the best. The best way is to work with several recruiters at a time and also do a bit of job searching on your own. Also, if you are expected to pay a recruiter, it’s a scam. The school pays the recruiter’s fees, never the teacher.

You can find out more about Linda’s experience teaching English in South Korea on her blog Linda Goes East where she also talks about her time working in China.

Max is teaching English in South Korea in Gangwon-do 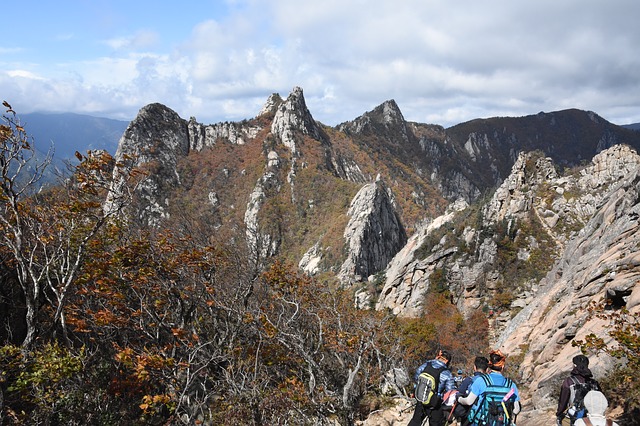 I teach in a rural part of Gangwon-do, the largest and most sparsely-populated province in Korea. Located just to the east of Seoul— a two hour bus ride in my case— my town is surrounded by mountains and cut in half by one of the largest rivers in Korea. But, it’s also a part of the well-connected public transportation system that Korea’s becoming known for. Although I can’t take a bus directly to every city in Korea, it doesn’t take me more than 5 hours to take buses or trains to any city in the country (except for Jeju-do, the large island off the peninsula’s southern coast).

In my small town, everything is in one central place, the stores I frequent know me, and prices are reasonable. However even a year-and-a-half in, I still get stared at a lot. Some days I just don’t want to go to work and try to follow along with what my co-workers are saying, speak slow English, and walk through thick air pollution to get to school. It’s the land of great extremes here, as most expats would tell you. But my students usually make it all better. 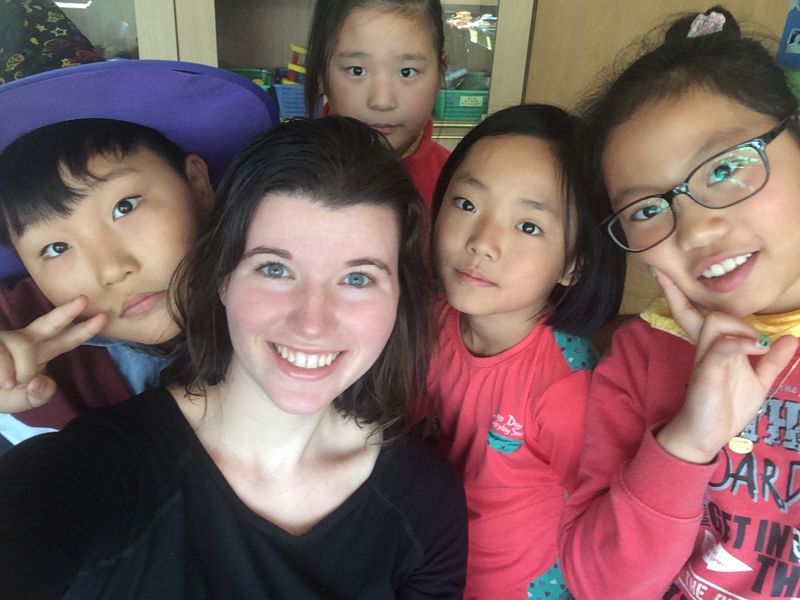 Teaching small classes in a public school means that I can memorize everyone’s name and really understand their personalities and struggles. Plus, my paychecks are always on time and we go on lots of field trips! My job is pretty typical in terms of teaching 20 hours a week, and working on something, really anything in my office for the other 20 hours of my work week.

Going into this journey, I knew I wanted to live rural and learn Korean, so I actually applied through a recruiter to get my current position. It was especially helpful considering that I had never been to Asia before moving to Korea.

They helped me understand what EPIK was looking for, and kept me on track to compile the loads of paperwork needed to get the job. I can’t recommend using a verified recruiter enough. They made sure I was placed in an elementary school, where I felt I could made the most difference in students’ learning. Sometimes the kids get rowdy, but I love that most of my students haven’t been immersed in the intense Korean study culture quite yet. Their parents are truly invested in their children’s educations.

As expected, living in Korea isn’t rainbows and butterflies. But I’m happy here, with my small-town life and solitary days, though I’m the first to say that it’s not for everyone. One day, I’ll leave, too. But I’m not ready yet. Flowers and rain showers are around the corner, as well, soon brightening my commute and wiping out the pollution. There will be lavender fields, fresh strawberries, and picnics by the river. But first I’m heading to the Winter Olympics, which happen to be held in my very province. I’ve learned that if you know what you like, there’s always something happening in the Land of the Morning Calm. 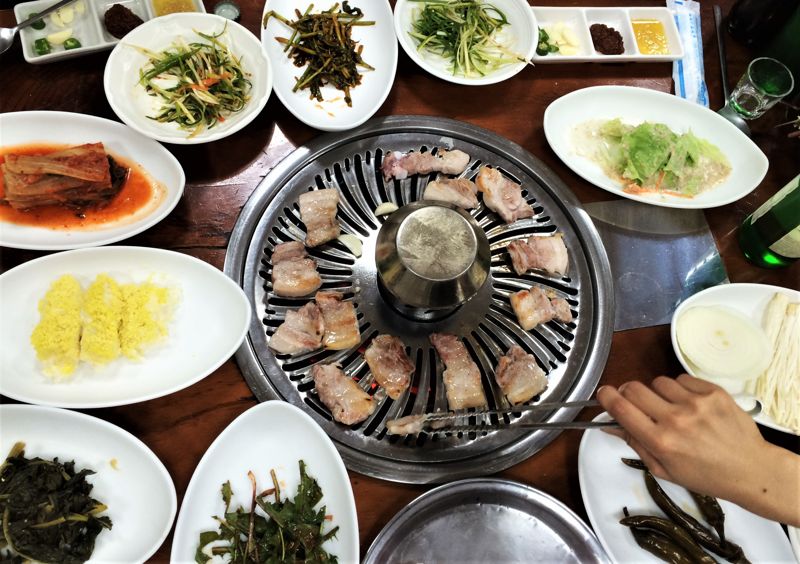 You can read more of Max’s adventures in her blog Dame Cacao where she writes a lot about chocolate around the world (and who doesn’t love chocolate?). You can also find her on Facebook.

Have you taught English in South Korea? How was it? Share with everyone by commenting on this post.

Read more about real teachers’ experiences teaching English in South Korea and other countries in our New Teacher Tales interviews.

If it’s useful, pin it for later